The 2020 CAN Pro-Am, presented by Hudson Pacific Properties, will once again bring weekend warriors and corporate teams together with NHL Alumni in support of Canucks Autism Network.

Held January 24-26, teams will experience an unforgettable weekend of hockey at UBC Doug Mitchell Thunderbird Sports Centre with the top 10 fundraising teams earning the opportunity to play at Rogers Arena. 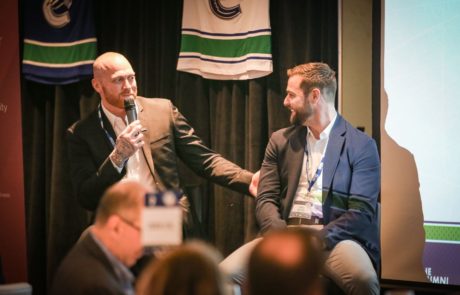 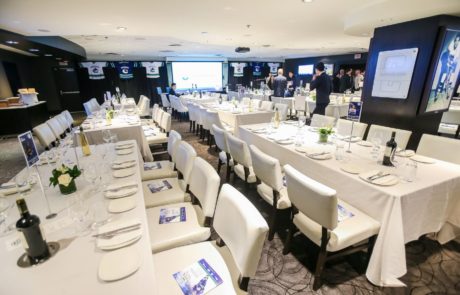 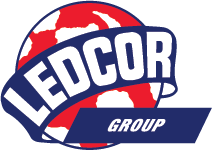 The CAN Pro-Am Luncheon, sponsored by Ledcor, will provide a unique opportunity for hockey enthusiasts and the business community to get an exclusive insider’s view of life in the NHL.

They will be followed by the two most prolific players to ever play for the Canucks — Daniel and Henrik Sedin.

Please note that tickets are currently extremely limited. Email anna.dacunha@canucksautism.ca if you are interested in last minute seats.

Draft Night, sponsored by Odlum Brown Limited, will be each team’s opportunity to select an NHL Alumni to join them for the weekend.

Once teams have drafted, they will have the rest of the night to enjoy drinks and live entertainment with their NHL Alumni.

This event is restricted to registered team members. If you are a registered tournament participant, Draft Night entry ticket and event details will be sent out in the week leading up. 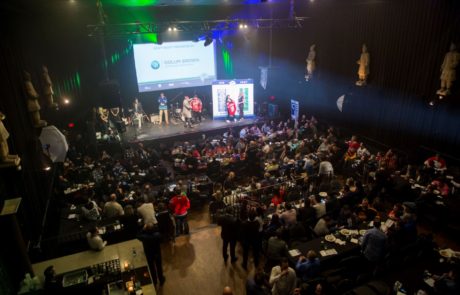 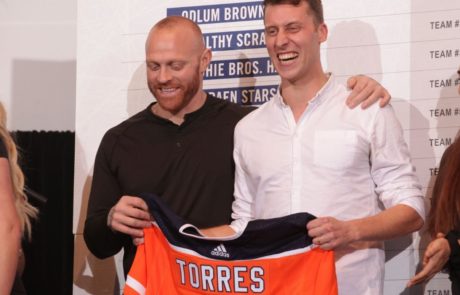 The first day of the tournament will take place at UBC Doug Mitchell Thunderbird Sports Centre.

Open to public viewing on all three rinks! Entry by donation. Parking available in nearby paid lots & metres.

On day two of the tournament, all teams will play third game once again Doug Mitchell Thunderbird Sports Centre.

In addition to regular tournament play, the top 22 individual fundraisers (20 players & 2 goalies) will be invited to the All-Star Game with NHL Alumni at Doug Mitchel Thunderbird Sports Centre.

Open to public viewing on all three rinks! Entry by donation. Parking available in nearby paid lots & metres.

Players will receive star treatment with: 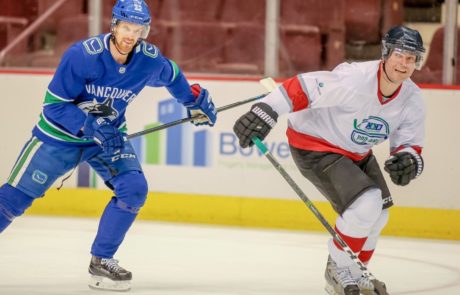 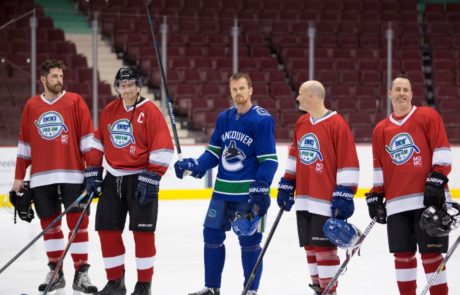 This year, we have included bonus ice times to provide added value to our top fundraisers!

The top 20 fundraising players and top 2 fundraising goalies will play an additional game with local NHL Alumni at Rogers Arena on Feb 19.

We have also added incentives for top fundraisers to watch the marquee Canucks games in private Rogers Arena suites.

The top fundraising team will receive a private suite to the Vancouver Canucks game against the Stanley Cup champions St. Louis Blues alongside local NHL Alumni on Monday, January 27.

The top 10 individual fundraisers (and one guest each) will be invited to a private suite for the Vancouver Canucks’ Autism Acceptance Game against the Anaheim Ducks on Saturday, March 28. Food and beverage included. 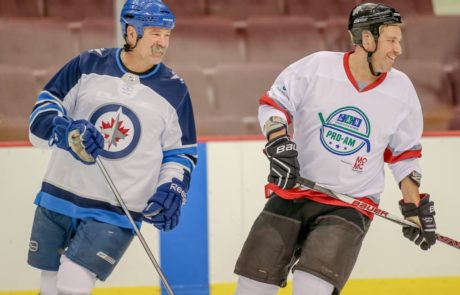 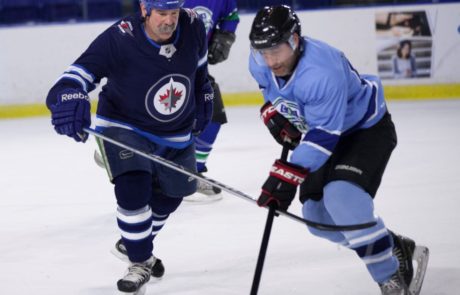